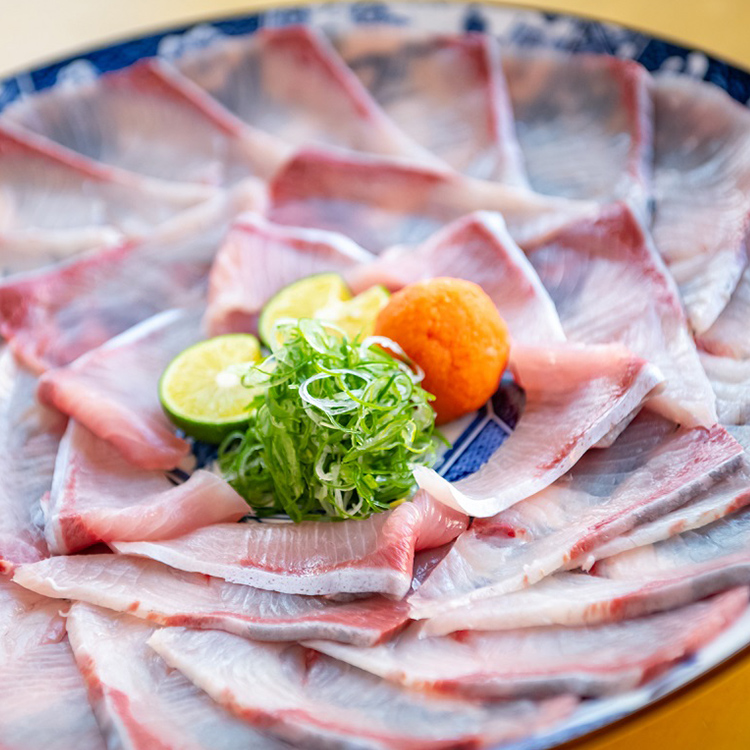 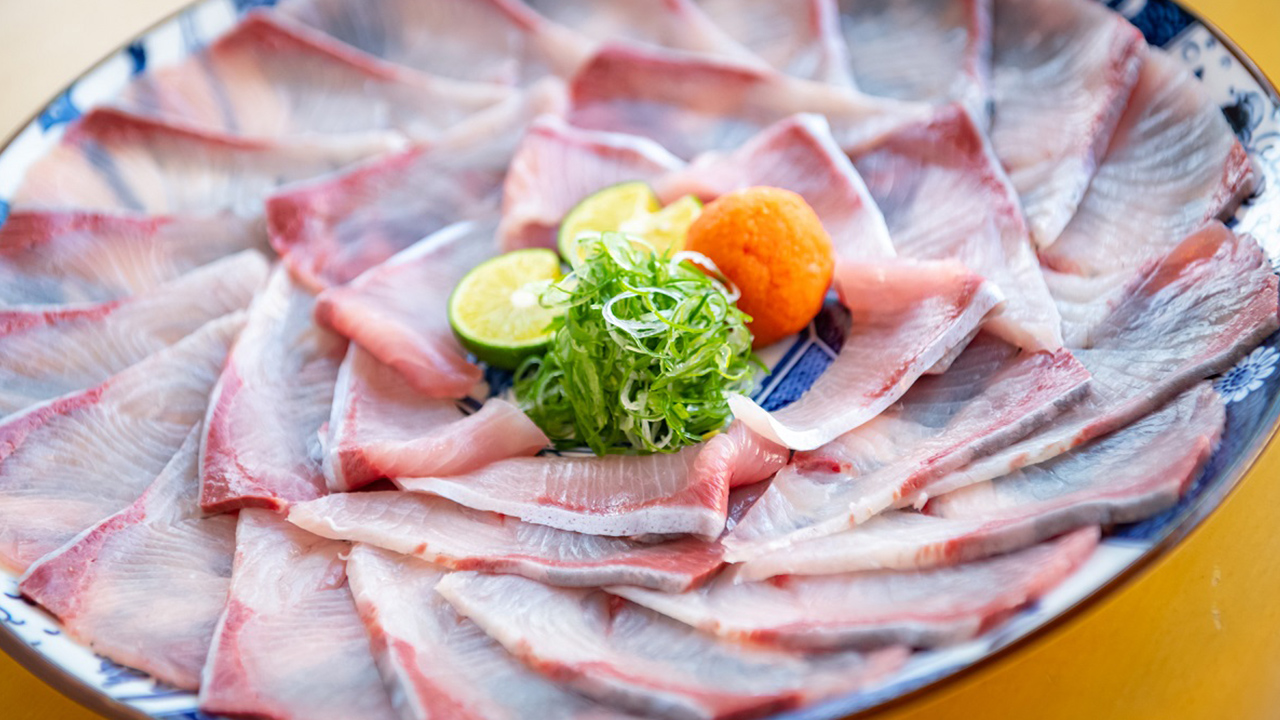 A Different Side of Kyoto

Japanese yellowtail sashimi at Shikizen Hanano is delicious as-is or when lightly cooked swished in the broth of a hot pot. 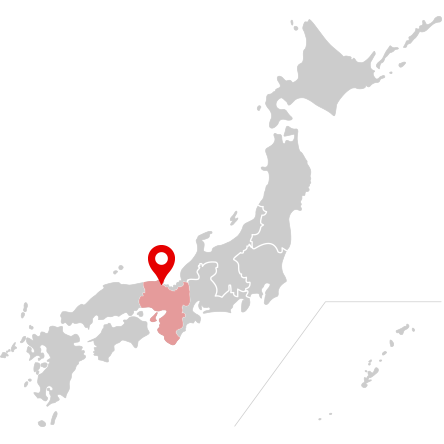 For most people, Kyoto doesn’t conjure up images of fishing boats and nets. Rather, the sprawling temple complexes and vermilion shrine gates of the prefecture’s capital sit front and center in the imagination. Head northwest from Kyoto Station, however, and a few hours’ journey will bring you to the Sea of Japan, where quaint fishing villages dot the coast and fresh seafood is a way of life.

While the area can be reached by train or bus, the completion of the Kyoto-Jukan Expressway in 2015 made traveling there by car convenient and quick. A car will also give you more flexibility as you explore the coastal area. However you choose to travel, leave bustling city streets behind, and exchange them for the quiet bays and beaches of northern Kyoto Prefecture.

Escape to the Coast

Just as good as the seafood are the sea views along Kyoto’s Sea of Japan coast, in particular Amanohashidate. The legendary sandbar that stretches across Miyazu Bay is one of the cherished Three Views of Japan and is a sight not to be missed. Journey forth, and experience Kyoto by the Sea.

Incredible Ine, Where Houses Sit Upon the Sea

Upon arrival in Ine, you may notice something a little different about the town’s houses—they are built over water. In these funaya, the “ground” floor acts as a garage for boats and fishing equipment, while the living quarters are located on the upper floors.

When the sea is directly under your house, life is a little different, and the ocean becomes your corner store. In Ine, locals simply lower a net basket filled with old fish bones and scraps into the sea, and then go about their day. When they come back and haul the basket up by its rope, they find the evening’s dinner trapped inside.

This method of fishing is called mondori, and it’s a way of life here. Try it yourself by reserving a spot on a local tour. Funaya Guide and Tour’s Full Ine Experience, organized by the Ine Tourism Association, is the perfect way to enjoy the local culture while in town.

If you’re hungry enough for a full-on feast, search out a fisherman’s meal. Served at some of the local inns and eateries, a fisherman’s meal is just that—a meal made by a fisherman using seafood caught that very day. Each day brings a new catch and a different combination of dishes, but what stays the same is the deliciousness of the meal, thanks to the know-how of the fisherfolk-chefs.

A Heavenly Bridge on Earth

Continue along the coast until you reach Amanohashidate. The 3.6-kilometer stretch of land that reaches from one side of Miyazu Bay to the other is 20 meters wide at its narrowest and 170 meters at its widest. Approximately 8,000 pine trees grow thickly along the path it creates across the bay.

There are two stories that explain this peculiar land formation. The older story—from the Tango no Kuni Fudoki, a collection of local records of the pre-Meiji Tango Province—claims that the sandbar is a bridge fallen from heaven. It explains that the bridge, the Ame no Ukihashi, was being used to connect heaven with earth so that the deity Izanagi could visit his sister, the deity Izanami. But while Izanagi napped, the bridge tipped and fell to the earth, creating Amanohashidate.

The more recent story leaves legend behind and settles on science—the Tsushima Current pushes sand into the outer Miyazu Bay from the Sea of Japan while the Noda River washes sediment into the inner Asoumi Sea. Over thousands of years, the sand and sediment from opposite sides of the bay accumulated in the middle, forming the sandbar.

Fully appreciate the grandness of Amanohashidate by admiring the heavenly bridge from four vantage points. Begin with the most famous observation area, Amanohashidate Viewland, which is accessible by monorail or chairlift. At the upper station, you’ll find a small amusement park as well as an observation deck. This view of Amanohashidate is known as Hiryukan.

Don’t be surprised to see your fellow tourists bending over to admire the view from between their legs. At Hiryukan, this is standard, because viewing Amanohashidate upside down flips the sky and sea, making Amanohashidate look like a dragon taking flight. Don’t be shy—give it a try!

Savor a Local Delicacy for Dinner

In the winter months, between November and the end of March, a very special hot pot is served at Shikizen Hanano, the dining room of the Charoku Bekkan ryokan (Japanese-style inn) in Miyazu. It’s a dish that’s very close to the heart of the ryokan’s owner, Chadani Masashi, since in his youth he helped invent it.

The dish is buri shabu, which consists of thin slices of raw Japanese yellowtail swished in a hot broth. Shabu-shabu is a popular hot-pot dish that can be eaten using a variety of ingredients, most commonly beef or pork. The variation using Japanese yellowtail arrived on the scene in 1978 thanks to the efforts of the Miyazu and Amanohashidate Sightseeing and Hotel Association’s youth department. Mr. Chadani was a member of this group, which came up with the variation while exploring ideas for a new local specialty.

Buri shabu is impressive even before the meal begins, when a plate of thinly sliced raw Japanese yellowtail arrives at the table. Notice that the plate is visible through the sashimi. Incredibly, the pieces are just two to three millimeters thick.

Once the broth is hot, pluck a piece of sashimi from the plate and give it a swish back and forth in the broth, being careful not to overcook it. Savor the texture and the delectably deep flavor which can be enjoyed as it is or with a number of sauces. Sample a few pieces of the sashimi uncooked and enjoy the difference in flavor.

The leftover shabu-shabu broth, which by the end of the meal is infused with the marvelous flavors of Japanese yellowtail and vegetables, is too good to waste, so add cooked rice to the pot, followed by eggs. This final delicacy is called zosui, and it’s a climax of flavors to end the feast.

Seek out the quieter side of Kyoto, and discover its many pleasures. Marvel at the beauty of its coastline, delight in the quaintness of its fishing villages, and relish the flavors of its locally sourced bounty. Head north—Kyoto by the Sea awaits.

Traveling by car is the most convenient way to explore the area. For both Ine and Miyazu, take the Kyoto-Jukan Expressway and get off at the Miyazu-Amanohashidate Interchange. From the city of Kyoto, it takes approximately two hours to reach Ine and approximately ninety minutes to reach Miyazu.

Northern Kyoto is dotted with picturesque villages, temples, and shrines, and is also blessed with incredible scenery. Visit the Yoshiwara area of Maizuru and admire its canals lined with fishing boats, or head inland to find peace at the temple Tanshu Kannonji, famous for its hydrangeas, or the temple Shorekiji, which offers temple stays. If traveling by car, enjoy the drive—National Road 178 traces the coastline of the Tango Peninsula, and along its length, Kyogamisaki Lighthouse, Tateiwa, Byobuiwa, Tango Matsushima, and many other stunning sights can be found.

The Sea of Japan is known for its incredible seafood. In coastal villages such as Ine, visitors can enjoy just-caught fish and shellfish, including snow crab, yellowtail, Japanese Spanish mackerel, squid, hirame (flounder), and Japanese sandfish. Buri shabu is a regional specialty of Japanese yellowtail briefly cooked in hot broth with vegetables. A popular winter dish, it is available only between November and the end of March.