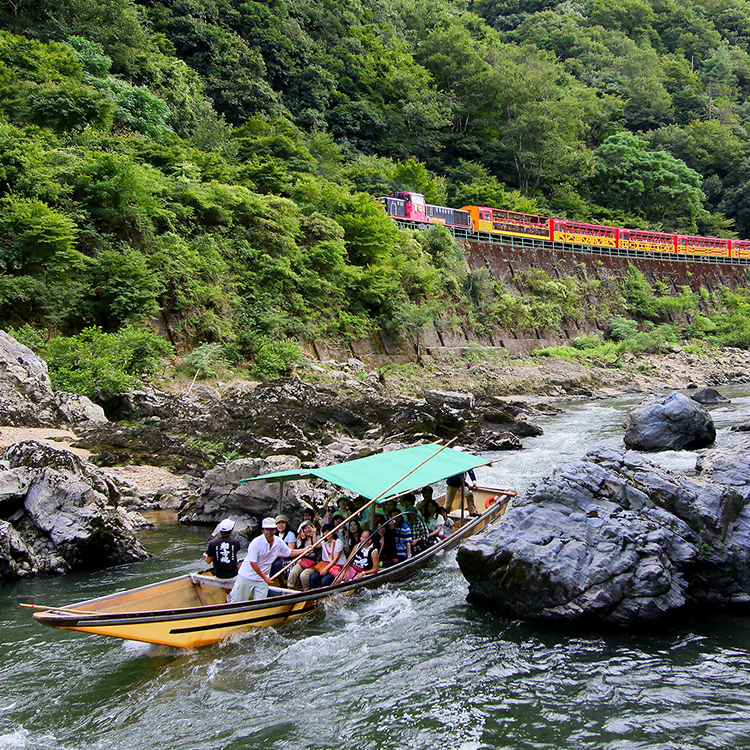 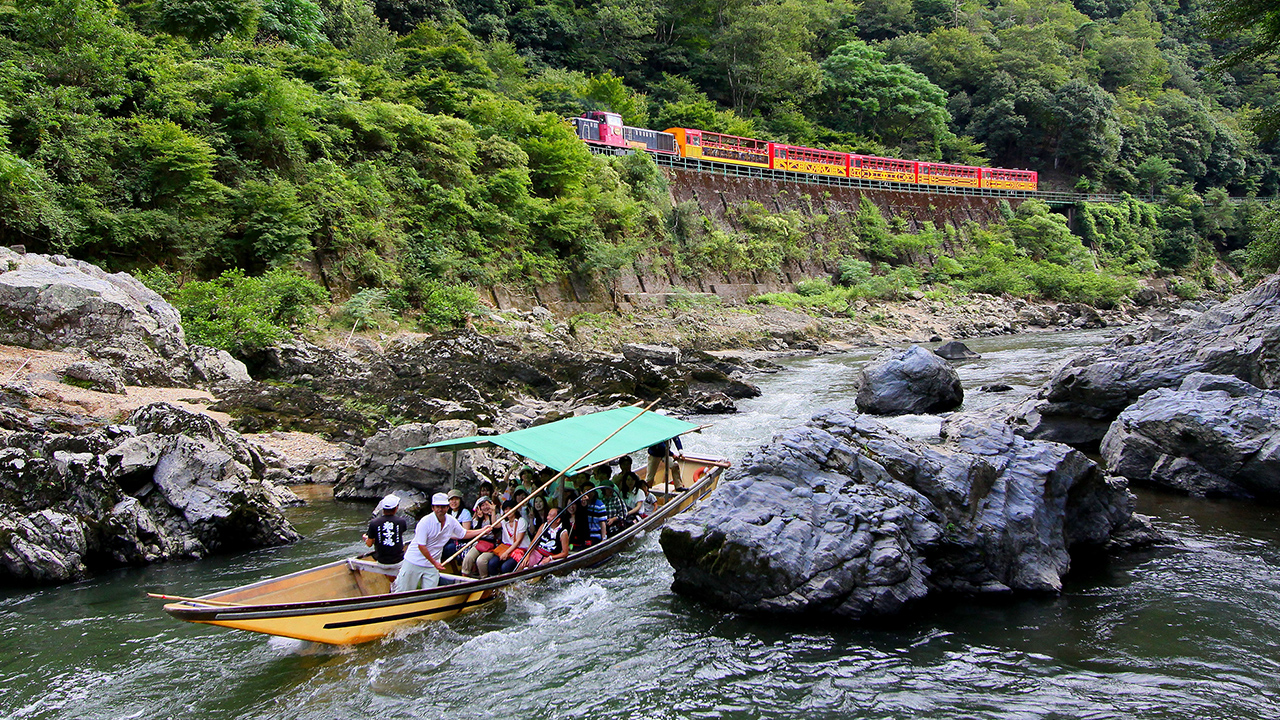 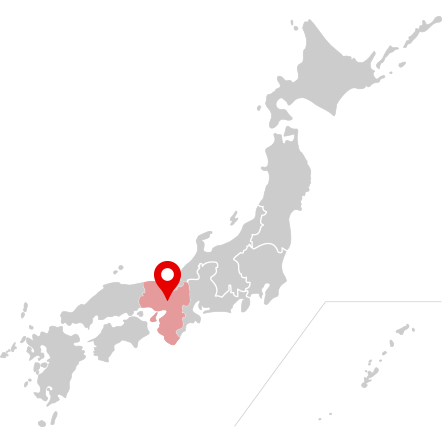 The ancient city of Kyoto needs little introduction. Founded in 794, it was the seat of the Japanese emperors for almost eleven centuries, and to this day, it remains the nation’s spiritual and cultural capital. However, there is another side to Kyoto that is less well known: its hinterland. To the north and west you will find fertile agricultural land and forested uplands where life is calm and the rural traditions run deep. This area, often called Woodland Kyoto (Mori no Kyoto), has long supplied the city with the timber for its shrines and temples and the superlative food products—river fish, rice, legumes, mushrooms, and heirloom vegetables—that underpin the traditional cuisine for which Kyoto is justly renowned.

Rural Communities in Harmony with Nature

Over the centuries, the dense forested uplands that enclose the city of Kyoto on three sides have framed the refined culture of the old capital. Venture beyond, though, and you will be rewarded with rich agricultural land, farming communities steeped in tradition, dense primeval forest, and ancient shrines dating back to the mists of Japanese prehistory.

Due north of the city, Miyama is a rustic enclave where many of the hamlets still have old farmhouses that retain their traditional thatched roofs. Before the arrival of modern farming technology, rural villages were usually laid out to maximize the use of the surrounding environment. Any flat land was used for growing rice and vegetables. The wooded hillsides were opened up for cultivating mushrooms and foraging for wild plants. And the thicker forest was the source of the timber needed for building the massive farmhouses in the villages. This way of using the land is known as the satoyama system, and it was adopted by rural communities throughout Japan.

In particular, the Kitamura area of Miyama offers visitors a timeless glimpse of rural life that has become harded to find elsewhere in Japan. This area is designated as a Preservation District for Groups of Historic Buildings, and one of the highlights of any visit is when the roofs of the thatched houses are sprayed with water to reduce the risk of fire.

Kyotamba, to the northwest of Kyoto, lies on the route connecting the old capital with the Sea of Japan coast. This rich agricultural district has become renowned for the quality of its produce, such as Tamba black soybeans and Kasuga Dainagon azuki (red beans), the latter being a variety much prized by traditional confectioners. The area is also known for its bamboo shoots, matsutake (mushrooms), chestnuts, and other produce.

One of the culinary specialties of this area is a type of sukiyaki (a hot-pot meal) in which kashiwa—free-range, locally raised chicken (known elsewhere as jidori)—is used in place of beef. In the old days, villagers commonly kept chickens, and the meat was used in celebratory meals, especially in sukiyaki.

For the sukiyaki, various cuts of kashiwa chicken are used. Besides the usual breast and thigh meat, often the nutritious liver and other internal organs are also used. Other ingredients commonly added to this popular hot pot may include tofu and kujo negi, a local heirloom green onion, along with seasonal vegetables such as bamboo shoots and sansai (mountain vegetables) in spring and shiitake or matsutake in autumn. And, as is standard for sukiyaki, a raw egg yolk is used as a dipping sauce.

The clear waters of the mountain rivers and streams are the source of a summer delicacy: the ayu (sweetfish) with its delicate white flesh. In the Kyotamba area, the local people prepare the whole fish, sprinkled with salt and then grilled over charcoal. They also like to pair this prized river fish with foraged wild plants, such as itadori (Japanese knotweed), sansho (Japanese pepper), and zenmai (royal fern).

This area is also known for a traditional confection called tochimochi. Sticky rice is steamed and then pounded together with Tamba chestnuts to make mochi, which is then wrapped around a core of tsubuan (sweetened red beans). Tochimochi is one of the oldest confections in Japan and is said to have been enjoyed for thousands of years.

Natural Beauty and a Deep Heritage

There are numerous sites of great natural beauty to visit within the area covered by the Kyoto Tamba Kogen Quasi-National Park. One destination of particular interest is the primeval Ashiu Forest, north of Miyama. Situated in the Yura River watershed, it lies between the Japan Sea and Pacific Ocean climate zones and between warm and cold vegetation zones. It is home to a large variety of plants, animals, and insects, including important species such as the Ashiu sugi (cedar). Because it is a Kyoto University research forest, visitors who want to explore the forest trails need to obtain a permit. Hikers who reach the peak of Mt. Oe in autumn may be treated to a view of the mist and clouds extending like a sea below them. This mountain, north of Fukuchiyama, is also known for being the site of Moto-Ise Sansha, three ancient shrines that were antecedents of the Ise Grand Shrine, the most sacred Shinto site in the country.

There are many reasons for visiting the Kameoka area, just north of Kyoto. At the historic Hekitei samurai residence, visitors can try their hand at preparing temarizushi, a type of handmade sushi. And the Ayu Garden serves ayu from the Wachigawa for barbecues during the summer months. But many visitors travel there for one purpose only: to take the Hozugawa Riverboat Ride, a sixteen-kilometer white-water course down through the Hozu Gorge. Since the route was opened in 1881, this trip has attracted countless sightseers and even several members of royal families from around the world. During the two-hour trip down to Arashiyama in Kyoto, passengers are entertained by the boatmen with humorous tales of the local history and life on the river.

From Kyoto JR Station, limited-express trains take about thirty minutes to Kameoka (Ayu Garden and Hozugawa Riverboat) and eighty minutes to Fukuchiyama. From Osaka to Fukuchiyama, it takes about the same time by train, car, or bus.

For those in search of healing hot-spring water, Yunohana Onsen in Kameoka City has a long history of reinvigorating weary travelers (http://yunohana-onsen.com/english). For spectacular close-up views of the rivers and mountains, a ride on the Sagano Scenic Railway from Arashiyama to Kameoka is highly recommended.

There are many local food specialties to be found in the hinterland region to the north and west of Japan’s ancient capital of Kyoto—such as kashiwa (chicken) sukiyaki, grilled ayu (sweetfish), and tochimochi, a traditional confection dating back a thousand years. Woodland Kyoto easily has as much culture, particularly of the culinary variety, as the main city.