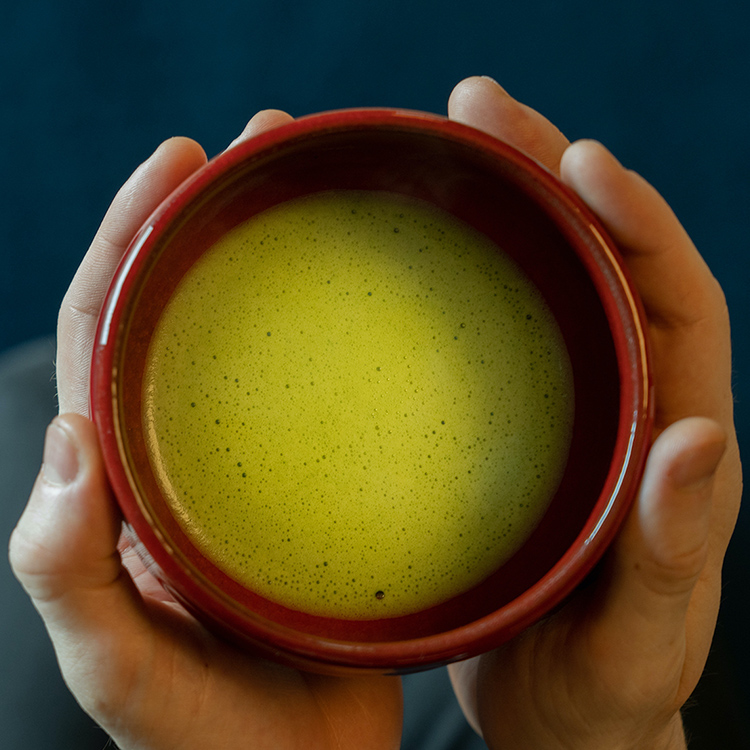 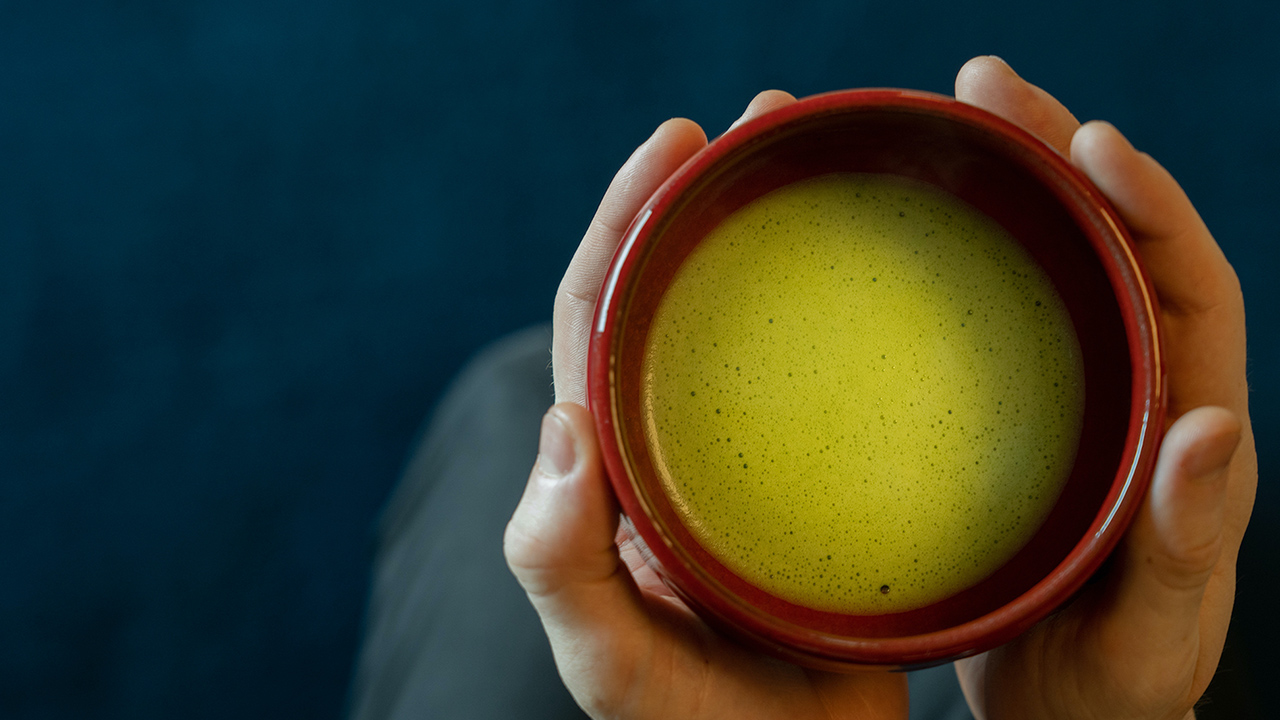 Become an expert in Japan’s capital of tea, and pick your own with Mount Fuji in the distance 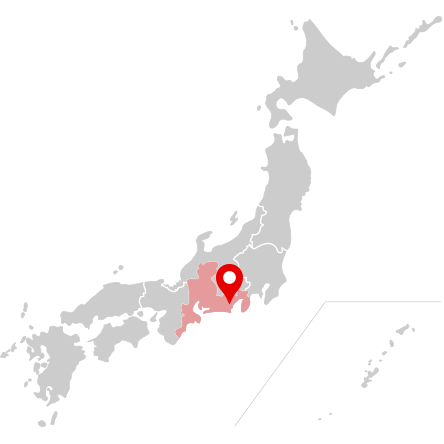 The global popularity of Japanese green tea in general, and matcha in particular, has seen the export value of green tea quadruple in the last decade as Japanese tea has begun to conquer the world. However, the culture that surrounds tea—the sight of neatly ordered plantations stretching as far as the eye can see, refined and rustic vessels, and the meditative ceremony itself—can only be truly experienced in Japan.

While you are sure to encounter Japanese tea quite regularly on your travels, there is only one tea capital, and that is Shizuoka Prefecture. There are pockets of production scattered across Japan, but Shizuoka is responsible for more than 40% of the country’s total output, making it the single largest producer in the country. In short, if you have drunk Japanese green tea, odds are it came from Shizuoka.

Surrounded by expansive plantations, and with Mount Fuji in sight, is the Tea Museum, Shizuoka, the definitive destination at which to discover the past and present of the drink itself, as well as the deep and varied culture that surrounds it. There could hardly be two more iconic sights packaged together, so chart a course to Shizuoka.

A World of Tea

Tea Museum, Shizuoka houses a sizeable permanent collection, as well as temporary collections that explore tea culture from various perspectives. The permanent collection begins with a look at teas from around the world before focusing on Japan and the importance of tea to the history of Shizuoka.

It is a fascinating journey back to 1241, when Buddhist monks first introduced tea to Shizuoka, and onward through the cultural revolution that tea brought to the arts in Japan right through to the dawn of modernity and early exports to the West. You will leave a tea expert, ready to explore the range of activities on offer.

The decidedly modern museum contrasts with the Japanese formal garden just beyond the courtyard outside. The garden itself is a world of contrast between geometric and flowing lines built as a faithful reproduction of the East Garden of the Sento Imperial Palace, the retirement residence of Emperor Gomizuno (1569–1680), who reigned from 1611 to 1629. Located in the formal garden is a tea ceremony house—your next destination.

The Art of Tea

The quintessential Japanese tea experience is waiting for you in the recreation of the Tea Ceremony House and surrounding gardens, designed and constructed in the style of Kobori Enshu (1579-1647), a famous tea master of Edo Period (1603–1867) Japan. Modern-day tea ceremony veterans are waiting there to guide you through the ritual. The ceremony can be conducted in English, although language really is no barrier to appreciating its forms and structure.

A number of schools take turns conducting the tea ceremony on different days. There are three main schools of Japanese tea, as well as a number of offshoots, each with their own stance on the ceremony and customs. As an important custodian of tea culture, Tea Museum, Shizuoka shows no favoritism and allows each to conduct the ceremony their way.

Each facet of the ceremony differs subtly from school to school, but the tea served is always green tea, known as matcha, and served hot. As a ceremony, the brewing of the tea and how it is served is just as important as actually drinking it. You have an important part to play too, as gratefully receiving the tea completes the exchange of Japanese manners.

Before the tea is served, a seasonal wagashi (Japanese sweet) is eaten to prepare the palate, as opposed to the practice in European high tea where the two are taken at the same time. This is deliberate as the sweetness juxtaposes with the gentle bitterness of the green tea, rather than canceling each other out.

The tea arrives and is placed in front of you. The host or hostess usually selects a bowl to match the personality of the guest, so be sure to appreciate it during the ceremony. The participant starts by turning the bowl, so they are not drinking from what is considered the front.

Once the tea has been drunk, the bowl is rotated back to its original orientation, briefly admired, and set down. The actual process of drinking tea may have only lasted a matter of seconds, but you are sure to feel refreshed mentally far beyond the jolt of caffeine in the tea. After all, it is often said that green tea was initially popularized in Japan among Buddhist monks, who found that it helped them stay alert during meditation.

There is a reason the tea ceremony is so widely recommended and offered to visitors. If anything, it is a crash course in Japanese culture, even if it takes a long time—perhaps a lifetime—to fully understand.

It is best experienced repeatedly over the years, the first time being like stepping into an alien world where you are just trying to take everything in. The next time, the tea bowl might catch your eye. Or maybe it will be the taste of the wagashi (Japanese sweet). It could be the strictly structured manners, or perhaps the philosophy that is closely intertwined with Zen Buddhism that will sink in next.

As you take part in this ritual, whether for the first time or the tenth, everything else you have seen or experienced in Japan will be brought into sharp relief. At its core is green tea, and through tea Japan awaits.

To go behind the scenes of the tea world there are also a range of hands-on experiences on offer. You can get out in the green fields and learn the art of tea picking. Alternatively, you can grind up dried tea called tencha into the fine powder known as matcha. You can even take the matcha you ground for yourself and use it in the tea ceremony, should you so desire.

Heading out to the tea fields that make up the plantation part of the museum, you can discover for yourself what makes good tea great as you select your leaves with the help of a guide. Of course, you get to take away all you picked, as well as a recipe sheet for easy meals you can prepare at home using the leaves.

Green Tea on the Menu

On that note, it is important to stress that, in Japanese cuisine, tea leaves are not confined to the tea pot. Matcha (ground green tea) is a mainstay of Japanese confectionary and sweets, but it also lends itself to savory dishes, with matcha salt being a regular sight in restaurants.

Needless to say, the museum’s own restaurant and café put tea front and center on the menu, right alongside other Shizuoka produce—not least wasabi, which is a Shizuoka specialty.

In savory cuisine, green tea makes for a subtle flavor on the whole. In desserts, it is allowed to run free and makes for one of the boldest encounters with the flavor.

This is also a prime chance to pick up Shizuoka green tea in the museum shop, as well as all the tea utensils and tableware you need to become a tea master yourself!

After your day in the Tea Capital, you are sure to have a fresh appreciation for the heritage of Japanese tea, and you’ll be able to visualize the brilliant green fields of Shizuoka every time you enjoy a cup or bowl.

Shizuoka is roughly equidistant between Tokyo and Kyoto, making it an easy destination when traveling between the two. Kanaya is the nearest station to the Tea Museum, and the quickest way to get there from Tokyo is to take the Tokaido Sanyo Shinkansen to Shizuoka Station (about 75 minutes) and then change to the Tokaido Main Line (about 30 minutes). From Kanaya Station you are only five minutes by bus or taxi from the museum. From West Japan or internally within Shizuoka, head to Kanaya Station. Another option from around the country is Mt. Fuji Shizuoka Airport, which is only 10 minutes from the museum by car or taxi and connects to a number of domestic airports.

Shizuoka is a whole lot more than Mount Fuji—although it goes without saying that the iconic volcano should be high on your first-time to-do list. The prefecture is expansive, from the home of wasabi on the Izu Peninsula to the east to the vast central Makinohara Plateau, which is the largest tea farming region in Japan and home to the Tea Museum. It is well worth setting a couple of days aside for Shizuoka as you travel either to or from Tokyo.

Japanese tea is so ubiquitous that it needs no introduction. But maybe it should? There is a dizzying array of varieties, not to mention different methods for brewing it. Whether you are whisking green tea to a light foam for use in the tea ceremony or ice-brewing it to take the edge of the summer heat, making Japanese tea is a more than just putting the kettle on. If you found a variety on the bitter side, try a sweeter one or vice versa. Everyone is welcome in the world of tea. 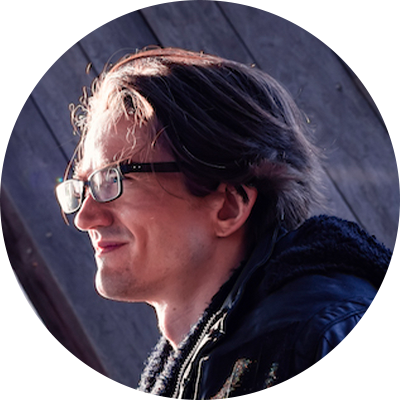 Originally from the UK, Samuel studied Japanese Studies in the UK before completing his post-graduate studies in Japan. Now with over a decade of writing about Japan for a number of publications, and teaching about Japanese art and design at university, he hopes to bring his love of Japan to a wide audience. His favorite Japanese food is takoyaki as the perfect street snack.