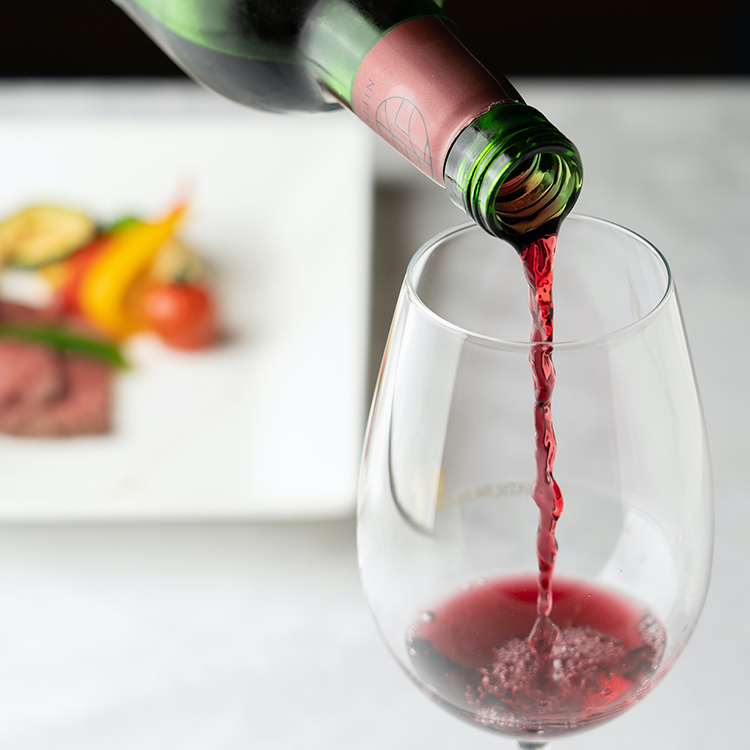 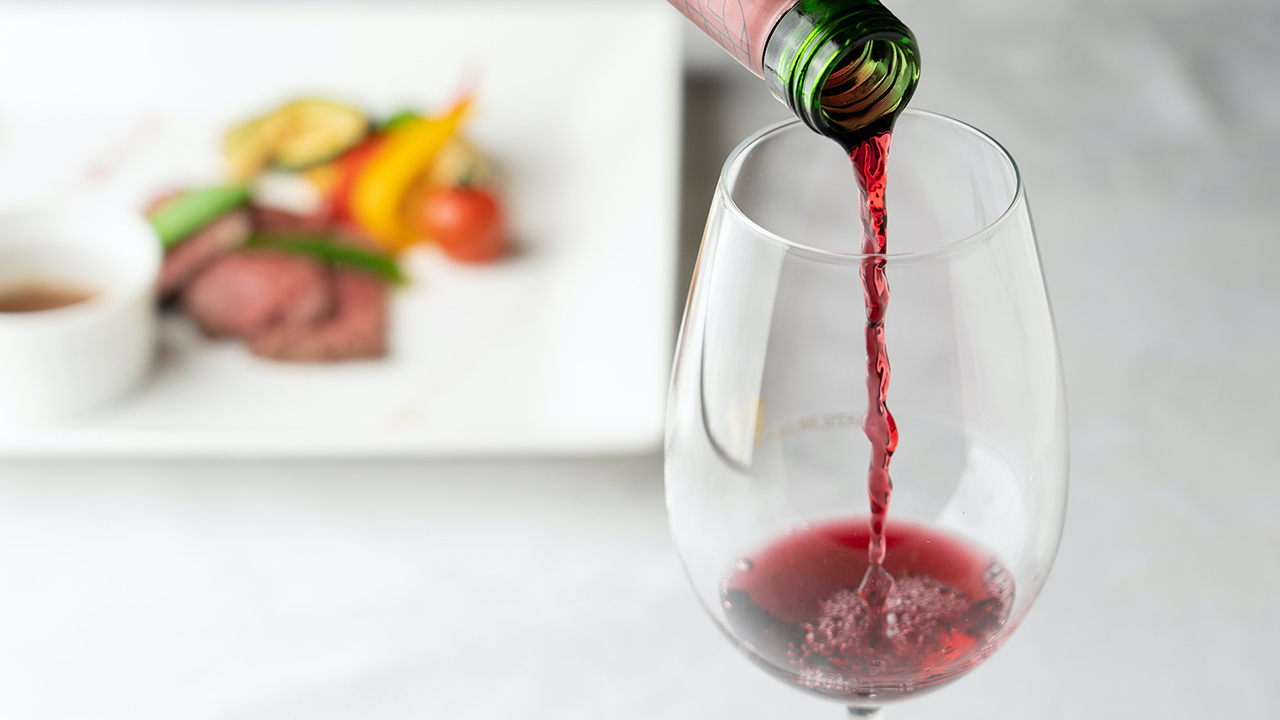 The Here and Now of Japanese Wine

Red wine made with Japan’s Muscat Bailey A grapes 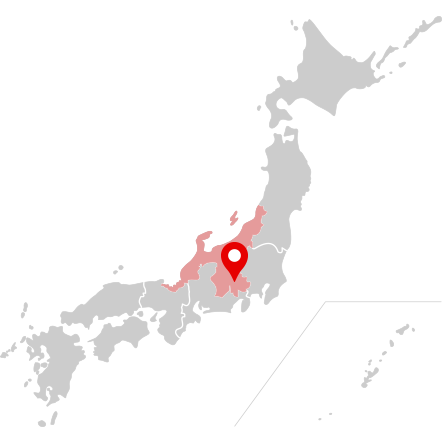 In addition to captivating urban culture, beautiful gardens, and historic temples and shrines, there’s another option for travelers in Japan looking for a refreshing change of pace—and it’s one you might not expect: wine tasting and winery tours!

On Tokyo’s doorstep, nestled among the mountains beyond Mount Fuji, is Japan’s foremost wine-producing region: Yamanashi Prefecture. Wine has been made here for nearly 140 years, but the area has been home to the cultivation of grapes for more than a millennium.

The heart of production is Katsunuma, in Koshu City, which is easily accessible from Tokyo via limited express train. Stop here and visit a few wineries to glimpse Japan’s wine culture and discover truly original vintages that are winning international awards and acclaim.

The Changing Face of Japanese Wine

When thinking of Japan’s well-known alcoholic beverages, Western-style wine may not be the first that comes to mind. This would be understandable, given that the island nation’s history of winemaking stretches back less than 150 years. Nevertheless, the same meticulous approach to crafting sake and whisky has enabled Japanese vintners to make solid strides on the world stage in an astonishingly short time.

Boasting a rich heritage of Koshu grape production that spans more than a thousand years, Katsunuma, in Yamanashi Prefecture, is the cradle of Japanese wine. Koshu grapes were originally brought to China from the Caucasus via the Silk Road and were then introduced to Japan by official cultural missions sent to China during the seventh and eighth centuries.

They were predominantly consumed as table grapes over the ensuing 1,300 years until 1877, when Masanari Takano and Ryuken Tsuchiya, two men from Yamanashi, traveled to France to study winemaking. After returning to Japan, they helped establish Japan’s first winery in Katsunuma, thus laying the foundation for the more than 80 wineries operating in Yamanashi today.

While some Japanese wineries grow varieties from overseas, such as Chardonnay and Cabernet Sauvignon, the archipelago’s climate of abundant rain and humidity has favored the creation of truly original wines made with domestic varieties, including Koshu and Muscat-Bailey A, another grape specifically developed for Japan’s environment. Consequently, the taste of these wines is altogether different from typical Western wines.

Pink, thick-skinned Koshu grapes are used to make white wines with notes of citrus and a crisp, refreshing palate, while red wines made from Muscat-Bailey A tend to give off sweet, fruity notes, and—depending on the method—may taste sweet or surprisingly dry. The light, delicate flavor pairs well with the subtle nuances of Japanese cuisine, as well as Western dishes with relatively mild flavors.

Touring the Wineries of Katsunuma

Japanese law prohibits driving after consuming any amount of alcohol—no matter how small—and even restricts cycling under the influence. While that rules out a taste-tour of the wineries in Yamanashi by rental car or bicycle, Japan’s excellent transport network makes it easy to sample the flavors of Katsunuma using a combination of train and taxi.

In just an hour and a half, an express train will take you from Shinjuku Station in the heart of Tokyo through the mountains to Katsunuma Budokyo Station—a very different, tranquil world perched on the edge of the expansive Kofu Basin. Take a moment to appreciate the view of grape vines covering the ground as far as the eye can see before hopping into one of the waiting taxis.

If you’re interested in visiting several wineries, or simply need to coordinate pickup for another destination, arrange a time with your driver before leaving the taxi. Or you can call later (or have the winery call) to arrange pickup. Many are relatively close to each other, so if you’re reasonably fit and wearing comfortable shoes, walking to a select few may also be an option.

Katsunuma is home to some 30 or so wineries—more than can be introduced here—but below are a few worth checking out to gain a good understanding of Yamanashi wines.

This cozy winery occupies a registered Tangible Cultural Property, a designation given by the Government of Japan, and comprises an elegant 140-year-old Japanese residence with storehouse. The family-run business focuses exclusively on domestic grape varieties and uses oak barrels to develop rich, complex wines that have been exported to Bordeaux and served by Japan Airlines in first class on international flights.

Tasting here entails using a prepaid card to purchase set amounts of wine from an electronic dispenser. The nearby umbrella-shaded wood deck invites you to sit and savor the crisp, refreshing flavors as you gaze out at the vineyards, with a soothing natural soundtrack of running water from the stream below.

Katsunuma Jozo also offers their own tour, which consists of a short lecture about Koshu wines and Japanese winemaking history, a visit to a vineyard to learn about grape cultivation, and a private tasting with tips on pairing.

Founded in 1923, this family winery has been perfecting its winemaking techniques for four generations. They began as a vineyard located in nearby Katsunuma before moving to cultivate grapes at the current Akeno location for the Misawa Vineyard in 2002. Akeno boasts the most hours of sunshine annually in Japan, giving it the country’s longest growing season.

Such efforts have paid off in the form of international acclaim for its domestic Koshu wines as well as varieties made from overseas grapes such as Chardonnay, Cabernet Sauvignon, and Merlot. In fact, numerous vintages of its Grace Koshu white wine have taken home prestigious Decanter World Wine Awards.

Furthermore, with exports to nearly 20 countries, Grace Wine has become a well-recognized brand and regularly welcomes inbound tourists for tastings. At the wine shop on the second floor of its ivy-covered building, the knowledgeable sommelier can assist visitors in English with tasting selections and explain the winery’s diverse lineup.

While not a winery itself, Budo-no-Oka is a scenic, city-run wine center featuring a restaurant, natural hot springs, accommodation facilities, and, of course, sales of wine produced in Yamanashi. The gift shop in the lobby stocks an impressive variety of Japanese wines, but that’s hardly the half of it. To let your taste buds really discover the full range of Japanese wines, immerse yourself in Budo-no-Oka’s underground cave.

Tasting here is done with a traditional cup used in France, known as a tastevin. After paying, you’ll proceed downstairs, tastevin in hand, and feel the temperature drop as you enter an enormous walk-in wine cellar stocked with some 180 Japanese vintages, all open for tasting. You can sample as many as you like, with bottles available for purchase nearby.

Touring the wineries of Katsunuma on a daytrip is entirely possible, but if your schedule permits an overnight stay you’ll be able to enjoy a more leisurely pace and better appreciate Yamanashi’s gorgeous scenery.

With its distinctive location atop a lone hill among the vineyards, Budo-no-Oka’s clean rooms offer both reasonable prices and scenic views of the verdant mountains nearby. Meanwhile, the onsite restaurant, with large glass windows overlooking the Kofu Basin, serves up wine with local and Western cuisine.

Finally, the hotel’s natural hot springs, complete with open-air baths that offer their own scenic views, are the best way to recuperate after a long day of tasting and trekking—and they are even open to day-trip visitors.

Wineries All around Japan

While Yamanashi leads the nation in wine production, there are many wineries in other regions, often using their own local varieties of grapes to produce unique-tasting wines. Take a tour to discover the diversity of Japanese wine and taste a side of the country you never imagined.

Yamanashi Prefecture’s Katsunuma Budokyo Station is the most convenient station from which to access Katsunuma’s wineries, and is about an hour and a half from Shinjuku Station using the JR Chuo Line’s Azusa or Kaiji limited-express trains. From Katsunuma Budokyo, you can reach the various wineries by taxi or, if you do not plan to consume alcohol, by rental cycle.

Touring wineries in Katsunuma is possible as a daytrip from Tokyo. However, adding at least one overnight stay will afford you a more leisurely pace and allow for the option of additional sightseeing, such as a visit to the nearby Daizen-ji Temple, where a seated Buddha statue is depicted holding a bunch of grapes. Moreover, Yamanashi is well known for its local specialty of hoto noodles, which are thick wheat noodles served with meat and seasonal local vegetables in a miso-based broth. There are numerous restaurants around Katsunuma offering this dish. Fuefuki City, which is not far away, is also home to the hot-spring villages of Isawa and Kasugai.

Japanese wine includes grape varieties from overseas as well as domestic types such as Koshu and Muscat Bailey A, both of which are well-suited to Japan’s climate. These domestic varieties tend to have lighter, subtler palates that pair well with dashi-based Japanese dishes and more delicate Western cuisine. 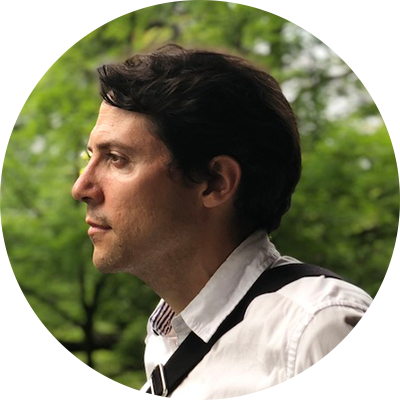 A US-native, Noam initially thought that living in Japan would be a one-year adventure, not a life passion now spanning nearly two decades. In addition to being a freelance writer, proofreader and interpreter, he has also worked as a food guide to foreign guests in Tokyo. He's currently living and traveling across the country, taking a deeper dive into Japan's culinary culture.